October 29, 2018 (St. John’s, NL) – This weekend, Newfoundland and Labrador producer/director/writer Joshua Jamieson’s LGBTQ short film, Waiting Outside…, screened at The Scottish Independent Film Festival where it pulled out its second award win thanks to a stellar performance by one of its leads.

The short film is about a father named Simon (Clint Butler) who cares for his young daughter Scout (Kate Dobbin) while his husband Felix is deployed overseas. When Simon gets a serious diagnosis, his world is shaken and he must deal with it, and the future, alone. The cast also includes performances from the incomparable Amy House, as well as Kyle Snow and Lisa Rose Snow.

Following the screening in Edinburgh, Scotland, the film festival announced its 2018 award winners, and the Best Actor honours went to Clint Butler. Originally from Newfoundland and Labrador, Butler currently resides in Toronto, and was just recently cast as the swing actor for four roles in the Toronto production of the Tony award-winning Broadway and international smash, Come From Away.

Earlier this month, Waiting Outside… won Best Short Film at the 2nd Annual Smith Sound Film Festival on home turf, in Clarenville, NL.  Jamieson, whose family roots are in Swift Current, was on hand to accept the award.

The film’s score is an original composition by ECMA award winning musician Rozalind MacPhail, who also co-wrote lyrics to the closing credits song with Jamieson. The script is based on a poem by Carmelita McGrath from her book Escape Velocity (Goose Lane Editions), and the film was also produced by Ruth Lawrence and shot by cinematographer Brad Gover.

Waiting Outside… carries an endorsement from the Canadian Cancer Society-NL for its authenticity and realistic depiction. The film also won the NL Joy Award from the Linda Joy Media Arts Society for its outstanding script, which supported its three day shoot in August 2016 following Jamieson’s participation in the Newfoundland and Labrador Film Development Corporation’s film business development mission to Los Angeles, CA that summer.

After seeing the short, a film festival reviewer wrote, “Waiting Outside… absolutely floored me. Director Joshua Jamieson pushes this perfectly-cast group of people and makes this film shine. With a gripping opening and a perfect, melancholy ending, it had me the whole way…”

We hope it furthers a conversation on quality of life while shining a light on the challenges faced by people in similar situations, and the impacts those challenges have on them. 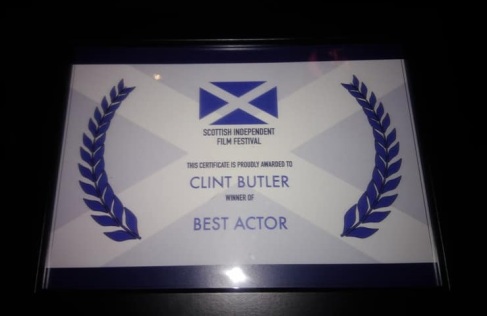 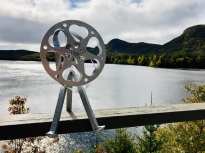 Production still from the making of Waiting Outside…